Year 12 Spanish students at St Peter's celebrated the end of their exams in early June with a special tortilla cooking lesson at school, at the culmination of which they ate and enjoyed every last morsel they had lovingly created.

"They all really enjoyed it and produced cracking omelettes or 'tortillas' in Spanish," says  Mrs Mortimer, Teacher in charge of Spanish, who was delighted as they followed her own Spanish recipe. Thank you to Mrs August, Head of Food Technology, who was the tortilla judge and who was most impressed with the four omelette entries in the competition, selecting the omelette made by Emma and Shadee as the overall winner! Well done to all! 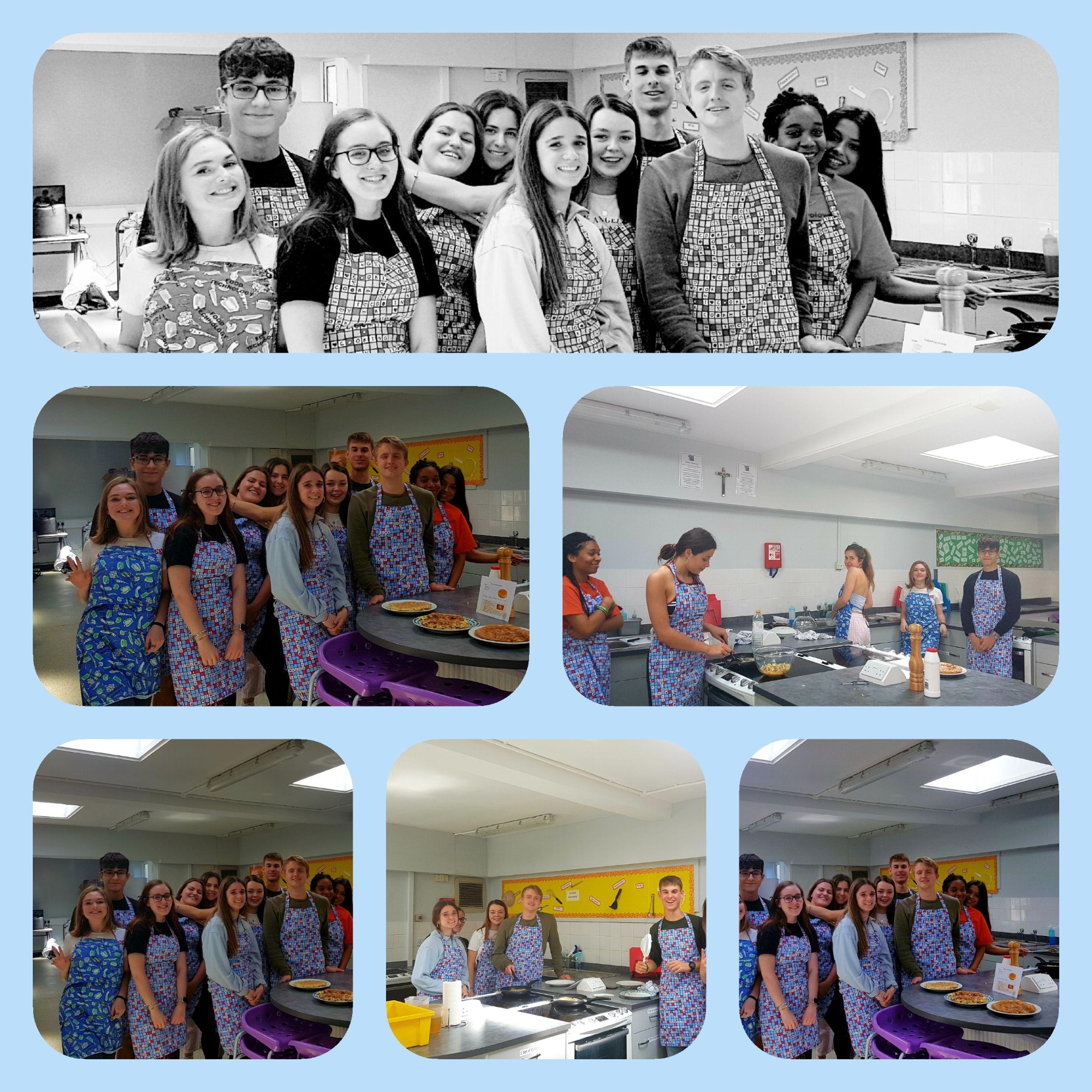