St Peter’s is situated in a residential area of Guildford. It is a co-educational Catholic School established by the Roman Catholic Diocese of Arundel and Brighton, and administered by Surrey County Council. There are approximately 1300 students aged between 11-18.

In 1971, the school merged with Merrow Grange (a Convent school run by the Daughters of Mary and Joseph) to create the mixed school called ‘St Peter’s and Merrow Grange’. This was led by Dr Torjussen, the first Headteacher of the newly formed co-educational school.  Later the name was changed to St Peter’s Catholic Comprehensive School.

Until 1993, the school occupied both sites (in Horseshoe Lane East and Epsom Road) with the students moving between the sites for different subjects. In 1993, following the decision of the Daughters of Mary and Joseph to sell their site, £2.5m was spent to develop the present campus and the school moved onto one site.

In 1999, the school increased in size to admit 180 students into Year 7 each year. Another £1.2m was spent to develop the facilities to make this possible.

A £2m purpose built state of the art Sixth Form Centre was opened in the summer of 2010.

In 2014, St Cecilia’s Theatre and Liturgical Centre was completed providing a multi-functional space allowing for large school productions and concerts, but also incorporating a teaching space that is used daily.

In 2018, the school extended its facilities to include the St John Bosco Building which comprises of a new Chapel and art and English classrooms.  Bishop Richard Moth blessed the new building on 19th October 2018.

Detailed below is a list of our previous Headteachers in chronological order: 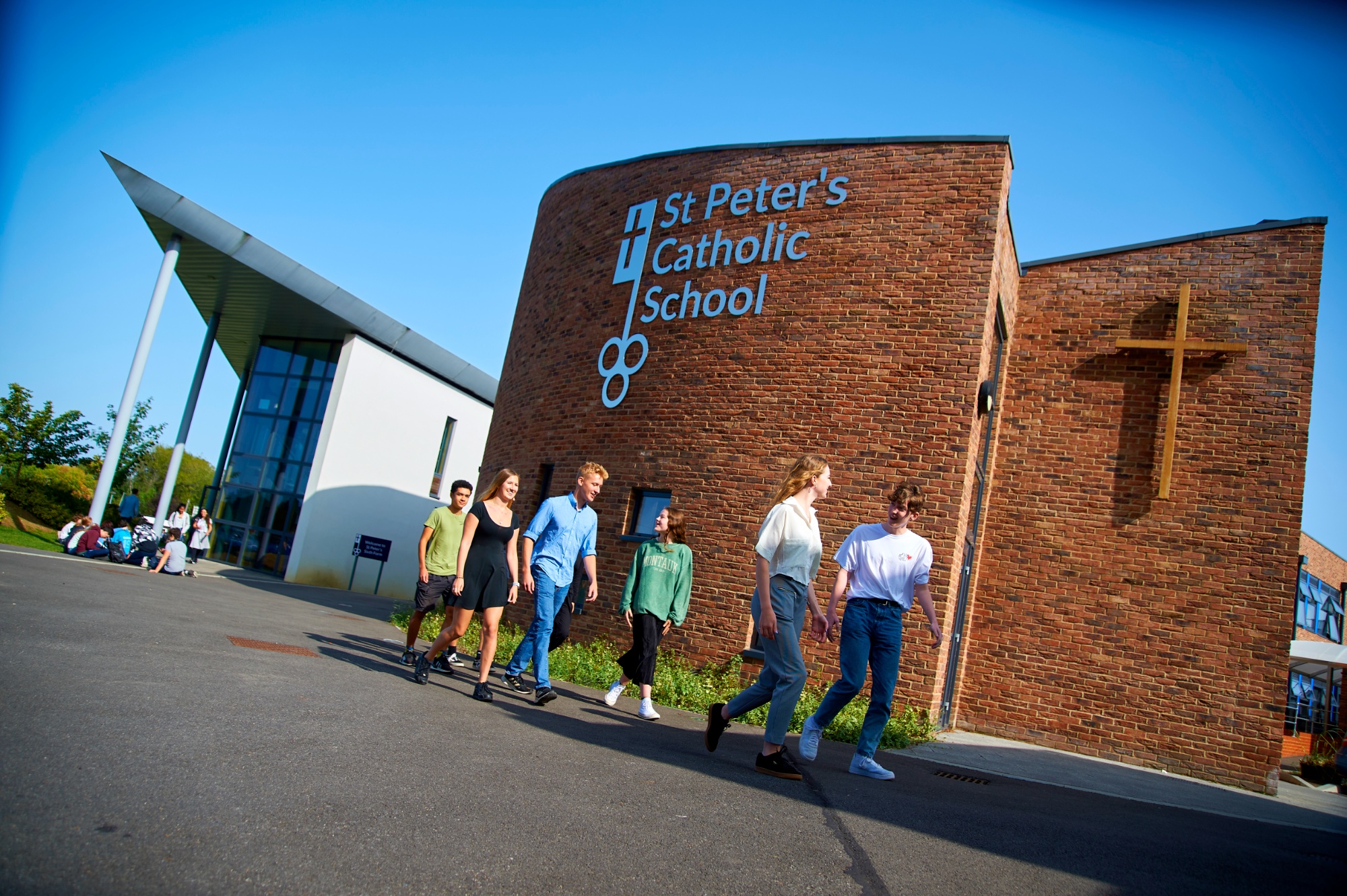