We would like to say an enormous thank you to everyone who donated. Your generosity means that people in Guildford who rely on the North Guildford Food Bank and the Number Five Project can have food and essential items this Christmas.

With around £2,000 raised as well as 75 boxes packed to the brim with donations of food and other essential items, it is fair to say it was an overwhelming success.

So how did we reach our goal? Planning was a key element to make the main day run smoothly. Our team of Year 12 volunteers were a massive help in organising how to promote the event as well as telling people what to donate and setting up collection boxes. We also organised a mufti day, with the permission of Mr Miller, where each student was required to bring in £1 for them to wear their own clothes. This undoubtedly gave a huge boost to the overall total raised.

On the big day, we had an early start. Students from each tutor group brought their filled up boxes of donations to the Exam Hall, and we began deciding which tutor group would win the competition of the most donations. We also had volunteers collecting the mufti donations, which helped the overall total come in at a staggering £1,800. The Charity team and extra volunteers unboxed all the items and began putting them into each category. There were so many generous donations! Unpacking and re-packing all the donations took most of the day. By the end, we had 75 boxes all ready to be loaded onto the minibus and delivered to the North Guildford Food Bank and the Number Five Project.  The dedication, hard work and enthusiasm of everyone involved enabled the day to go so well.

Thank you again for your amazing support. This charity collection would not have been so successful without everyone’s help and kindness.

We wish you all a merry Christmas and a peaceful 2021.

Freya and the Year 12 Charity Team 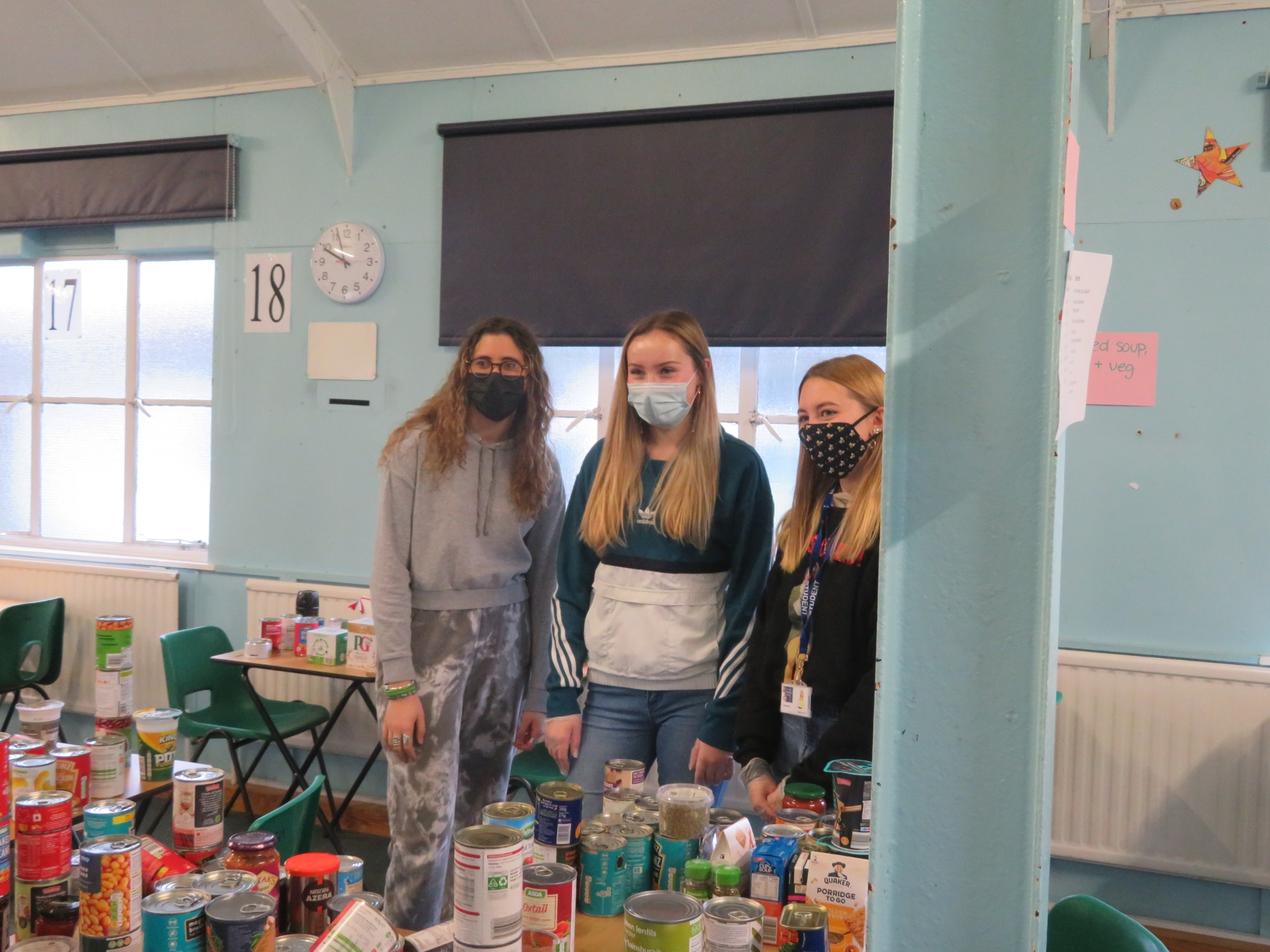